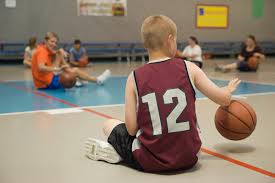 One might notice that, in all of this, we still don’t seem to have gotten much closer to a method of practice, or, at least, not a clear explication of one. We’ve come across a number of avenues that might be worth pursuing, but no sine qua non of the enlightenment process that could be targeted for refinement . But maybe that is something illuminating in itself.

…I will presume all of you have at least one complex interest or activity–a sport, an art, even vocation. All of these could be described under a fairly concise heading most likely. Basketball. Painting. Engine repair. Etc…

But if you wanted to get better at basketball, say, does it really make sense to conceive of ‘basketball’ as a single skill or ability that could be practiced on its own? I mean, in some sense, yes, you can just ‘practice basketball’ and probably get a little better at it, but unless you’re targeting the specific facets of your game that are lagging behind, who is to say you are really getting better in the way that you should? What if your free throws are the problem? What if you can’t dribble? What if you really need those no-look passes? Just playing more basketball isn’t really addressing the situation, is it? If that was your way of practicing, and you happened to get better at the exact facet you needed to, it would almost seem like an accident, wouldn’t it?

Probably all skills can be decomposed into smaller sub-skills, but some skills are clearly much more heaping aggregates of disparate abilities than others. In something like basketball, you could get as granular, probably, as the way you breathe, the way you hold your head, the way you move your eyes across the court. Basketball is a complicated affair, implicating a lot of sensorimotor and perceptual stuff.

So is enlightenment more like free throws, or it more like basketball? If our previous considerations are any indication, enlightenment is a really complicated affair, and seems to implicate some the most subtle and difficult to describe activities of the mind/body. It shouldn’t surprise us that it appears to implicate a lot of odd and elusive sub-skills. It would be strange, even, if there was just some one simple thing we could do to upgrade our level of enlightment consistently. Given a brief survey of the traditions, their methods, and the available samples of  practicioners, it seems pretty clear that, even when they prescribe some clear single method, there is no consistent result from it, to a degree you just don’t really see in other areas. If you go into basketball and do what a knoweldgeable instructor says, for years, and there is no reliable result, is it more likely that you weren’t doing something right, or they just weren’t giving you the right instructions to begin with?

Like practicing your free throw, simply staring at a mandala or monitoring your breathing might help your game, but only in those situations where the ‘free throw’, so to speak, is what is at issue. If you’re not also upgrading your dribble or court awareness, not much is going to change with your basketball, as such, unless it turned out your free throw really was the one thing in your game that was lagging behind.

So when we practice, we probably need to know if we’re dribbling when we should be free throwing, as it were. Or, worse, if we’re just doing free throws and calling it basketball.